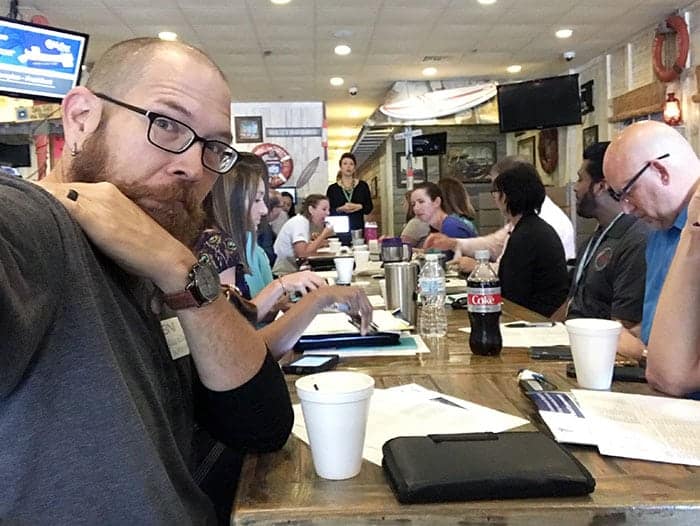 You've got 1 minute to shine!

I've been putting the "work" in networking recently. In the past month since starting Average Joe Solutions, I've been to 10 different networking events. It's a lot, but I wanted to hit the ground running, and get my name and face out there, while it was all still new and fresh. I figured I'd share a little bit of what I learned at all these events.

There are different types of networking each with their own set of standards, rules, and etiquette. It's not always crystal clear how to act, or what exact tone to use. Hard sell, or just a chat about what you do. One thing is for certain, I am almost always the only one wearing shorts. I'm not sure if that makes me memorable, or sloppy, but c'mon it's Florida. 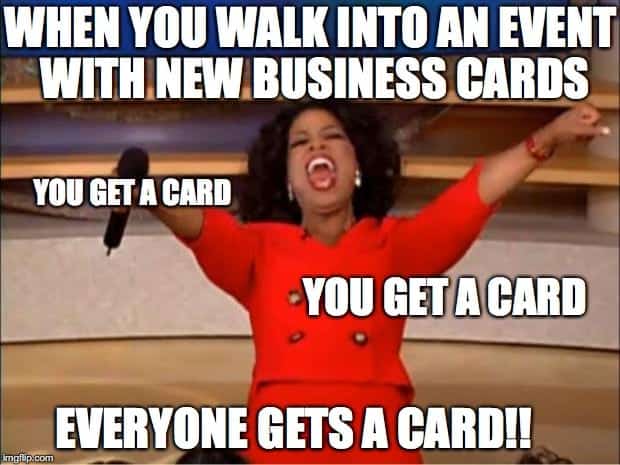 So I'll start with my favorite, Casual Contact Networking It's fairly informal and kind of a "let's meet up after work for a drink" kind of vibe. The events I went to were free and met once a month in the evenings. They were sponsored, so drinks and food were on the house, and they had a guest speaker who discussed their business at length. I had a drink at the second one but didn't eat at any of them, as I'm super afraid of getting food in my mustache and beard. Casual Contact Networks are great if you are good at mingling. Walking around talking to people, (new people about your business and theirs, and familiar faces more of a "what you been up to?") They don't limit participation by occupation so there is a chance you may be introducing yourself alongside others who do the same thing as you. In all, though I really like the laid back environment and social nature of Casual Contact Networks. The downside is the followup from such events is on you. So you've got to nurture the relationships you make, and really learn to listen as well as talk so you can refer business as well as get it referred. With only meeting up once a month, it will probably take awhile for the group to get to know you and trust you, so referrals would definitely be harder to come by unless of course, you do start doing work for members in the group. Then (as long you are good at what you do), I'm sure word of mouth spreads a little faster. The events are also in the evening, after work, which makes it a little hard to make as it cuts into family time.

Strong Contact Networks are somewhat the opposite of Casual Contact Networks. All the ones I attended were early in the morning before work. They often limit membership to one person from a given industry and are primarily geared towards referral marketing. So while you may do plenty of work for the members of the group, the real value is in teaching the members in the group how best they can refer other business to you. So it's kind of like multiplying your salesforce. The idea is that you also learn about other members businesses and refer work to them. The time involvement is a key concern as it takes time to get to know members of the group, and for them to get to know you so that you learn to be a good referrer. I attended as a guest, however, Strong Contact Networks are usually paid, but generally well organized and have continuing education and accountability. That's one of the biggest pluses besides the exclusivity of you not having to compete with someone in your field for referrals. I attended 4 different Strong Contact Networks and the sizes of the group ranged from about 17 to over 40.

Professional associations or meetup groups are usually events and groups where you are sitting down with others who are doing what you are doing. The idea is not to do work obviously for others in your field, but more to share ideas and discuss events, legislation, and technology that is affecting all of you. There is also the opportunity that someone you meet has a lead or referral for work that maybe is not exactly what they do, but may be right up your ally as we are all a little different. I have tried really hard to make it to a Wordpress freelancers group that meets up in Jacksonville, but I've just been really busy and they are usually at night, which is difficult. I think these are great and they can range from small membership to some very large ones, and sometimes have speakers that touch on something affecting your industry, which is kinda cool from a learning aspect, as I'm always trying to get better. 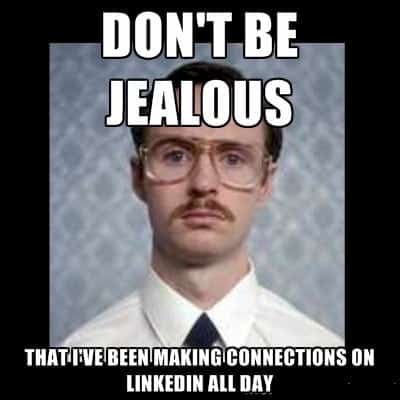 So this is a newer one that really came about when Facebook stopped showing so many posts and limiting the reach of business pages. They, of course, want you to pay to advertise, which makes sense as it is a business after all. The workaround that many have used is to set up a Facebook group, where they share information and have discussions around quick tips, and troubleshooting as it relates to their industry. People in the group are encouraged to ask questions and have discussions as well. This can be a tough cookie to crack as you don't just wanna invite all your friends into the group to get it going, (unless they all happen to be potential clients). There are other ways to encourage membership into the group. You can even include an invite to the group as an "exclusive" part of like an email signup or something on your website. Social Media Networking can also accompany the above networks as a way to "further the conversation" and keep the group engaged until the next event. I really should set up a Facebook group as I know many business owners and many who have questions as it relates to things I know about, but I don't want to set something up and then not have the time to nurture it.

I may have made this one up, but I've been to 2 different Community Network Events. I guess they were more like the Casual Contact Networks, however, they were very small and were literally based on the neighborhood you lived in, or close to. So the attendees were neighbors, which is nice, and I did feel there was a bit more emphasis on referral marketing, albeit without any accountability or tracking, but it at least felt like the goal was to learn about each other so as to be able to pass along business from others we encountered.

I'm sure there are plenty of other types out there, and plenty of other local events that I could be involved in, but it is a little exhausting. For now, I'm going to cut back a little and see how some seeds were sown. I've not joined the Chamber of Commerce yet, and I'm not sure if they fall strictly into one of the categories above, but if anyone has any experience I'd love to chat, (over coffee).

If anyone wants to know any specifics on the groups I attended (when they meet, costs, if I liked that group, etc feel free to email me at [email protected]